June 8, 2018 – TEXAS STATE UNIVERSITY
An article in the school paper called for BDS and delegitimized and demonized Israel. The article accused Israel of “apartheid,” referencing a discredited UN report, and claimed that Israel “unleashed fury upon Palestinian people…killing…and injuring…during mass protests” and engaged in “brutal human rights violations” as well as “continued massacres.” The article stated, “it is in their best interests that Jewish Bobcats join the efforts against the American-funded Israeli violence directed at Palestinians.”
(ANTISEMITIC EXPRESSION: DEMONIZATION; DELEGITIMIZATION; BDS ACTIVITY (CALLS FOR BDS))

June 5, 2018 – WILLIAM PATTERSON UNIVERSITY
A student video recorded a professor of sociology espousing a series of antisemitic beliefs and conspiracy theories about Jews during classes which included ideas that Ashkenazi Jews are not genetically related to the ancient Israelites, that 175,000 German Jews found safe harbor in the German army during the Holocaust, and that, according to the Times of Israel’s coverage, Judaism has degenerated from a universal religion, with roots in ancient Egypt, to a racist religion. Date of incident is article publishing date in Times of Israel.
(TARGETING JEWISH STUDENTS AND STAFF: DENIGRATION; HISTORICAL)

June 3, 2018 – UC SAN DIEGO
A sign announcing construction of a long-delayed center for Jewish students near the UC San Diego campus was defaced with the words, “F**k All You!”
(TARGETING JEWISH STUDENTS AND STAFF: DESTRUCTION OF JEWISH PROPERTY; DENIGRATION)

May 31, 2018 – UCLA
An SJP member posted a new pledge titled, “Black Bruins: Pledge No Free Propaganda Trips to Apartheid Israel” to the UCLA Academic Advancement Program’s Facebook Page. The pledge demonizes and delegitimizes Israel, stating, “We, as Black Bruins who believe in the movement for justice and equality for the Palestinian people, pledge not to take free propaganda trips to apartheid Israel through Hillel’s Fact Finders Journey program, the ADL’s (Anti-Defamation League) Campus Leader Mission initiative, nor through any other Israel lobby groups. We also pledge to support the call for the University of California to divestment from companies that aid in, and profit from, apartheid and racialized State violence committed against the Palestinian people at the hands of the racist apartheid state of Israel.” The pledge then smears Hillel and ADL, stating, “Despite the Maccabee Task Force’s ties to White Supremacists, Hillel at UCLA willingly took sponsorship money from the Task Force to fund free propaganda trips to Israel in an attempt to coerce politically active students on campus against the Palestinian movement for equal rights…The Anti-Defamation League also sponsors free propaganda trips to Israel for student leaders through its Campus Leader Mission program. On top of its propaganda trips, the ADL has for years recruited police departments across the country to train in Israel. The tactics learned in Israel are militaristic, rooted in anti-Palestinian racism, and are used against Black communities in the US that already face a violent militaristic and racist police state…Black Bruins recognize how Black and Palestinian liberation is tied up in US empire. On top of racist policing collaborations, the US sends over $3 billion to Israel annually to fund its Jim Crow-like apparatus; meanwhile, it claims to have no money for Black people in Flint Michigan where the water continues to be contaminated. And just as the US supported the White supremacist government of apartheid South Africa by vetoing every UN Security Council Resolution, the US continues to support Israel in the international arena to push its imperialist policies that disproportionately impact the Black diaspora.”
(TARGETING JEWISH STUDENTS AND STAFF: DENIGRATION; DEMONIZATION; DELEGITIMIZATION) 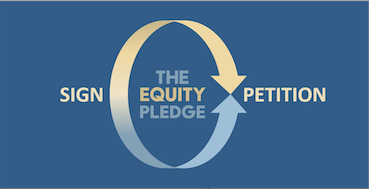 June 14, 2018: Minding The Campus – How Campus Bullies Pulled Off the Anti-Israel BDS Movement