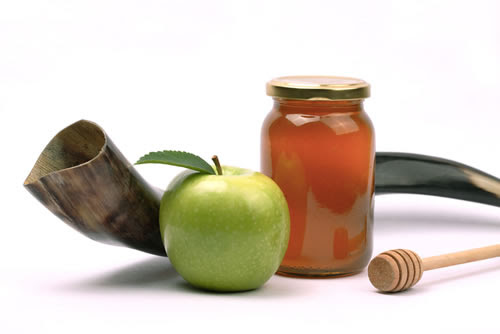 After hearing from dozens of students, faculty, alumni and Jewish groups yesterday at the meeting, and more than 3,000 University of California (UC) stakeholders over the past six months, the UC Board of Regents publicly acknowledged our concerns about antisemitism on UC campuses and promised to address them.

In a huge victory for AMCHA-led coalition efforts:

At the meeting yesterday, following presentations by AMCHA and other organizations and community members, as well as the extremely powerful and compelling testimony of many Jewish students, several Regents strongly condemned the Statement of Principles for not acknowledging the serious problem of antisemitism on UC campuses, and they demanded that the university do more to address the antisemitic bigotry facing Jewish students. Here are a few examples:


Regent Norman Pattiz – “This problem was brought up because a particular problem exists…to completely disregard those people who brought a specific instance to your attention to be able to deal with it…I think is, frankly, insulting…The Jewish community has a right to bring up a concern to the Jewish community…I don’t care whether in a separate statement or an overall statement, but to ignore the people who are bringing the situation up to begin with is a disservice to that community. There are an awful lot of lessons that need to be learned about the various areas of intolerance that exists on this campus…Why are they different?”


Regent Bonnie Reiss, “When we hear lines of students coming forth and giving us examples of swastikas on Jewish fraternities, on challenging a Jewish student at UCLA’s qualifications to serve on a counsel just as a result of her religious identity, of statements that “Hitler was right,” I hope I’m not the only one feeling chilled about that and feeling the need for us as leaders of UC to make a statement and tell those students ‘we hear you and that is not acceptable’….In this case, the political debates that have been happening, and god bless free speech that we support, have led to many acts against one particular group of students…and that is Jewish students. And this statement doesn’t say to Jewish students, ‘we hear you.’”


Student Regent Avi Oved – “[this statement] did not do justice to those who have been victimized by their identities far too long on our campuses…No one should ever be compelled to hide their identity for fear of repercussion…Student communities need to be able to self-define instances of discrimination and intolerance so that we can use these definitions as guides to detect such instances on our campuses….We choose to tackle this incredibly difficult and sensitive issue not because it is easy, but because it is the right thing to do. This challenge is one we are willing to accept, one we are unwilling to postpone, and one which we intend to overcome.”

This significant turn of events is a direct result of the efforts of many, including the AMCHA-led coalition of more than 40 organizations and your own numerous emails and phone calls!

The Regents’ rejection of the Statement of Principles and their acknowledgement that UC needs to do more to address the problem of antisemitism has made headlines in dozens of major media outlets across the country.

You may watch a video of the meeting HERE.

THANK YOU for all that you have done to help protect Jewish!

TAKE ACTION: Write to the Board of Regents (regentsoffice@ucop.edu) being sure to CC UC President Napolitano (president@ucop.edu). Thank the UC Regents for listening to the concerns of the Jewish community and for not shying away from the problems on campus facing Jewish students, notably when political discourse veers into antisemitism. Be sure to ask the Regents to ensure that the task force will draft a statement that identifies and addresses anti-Jewish bigotry by incorporating the State Department definition of antisemitism.