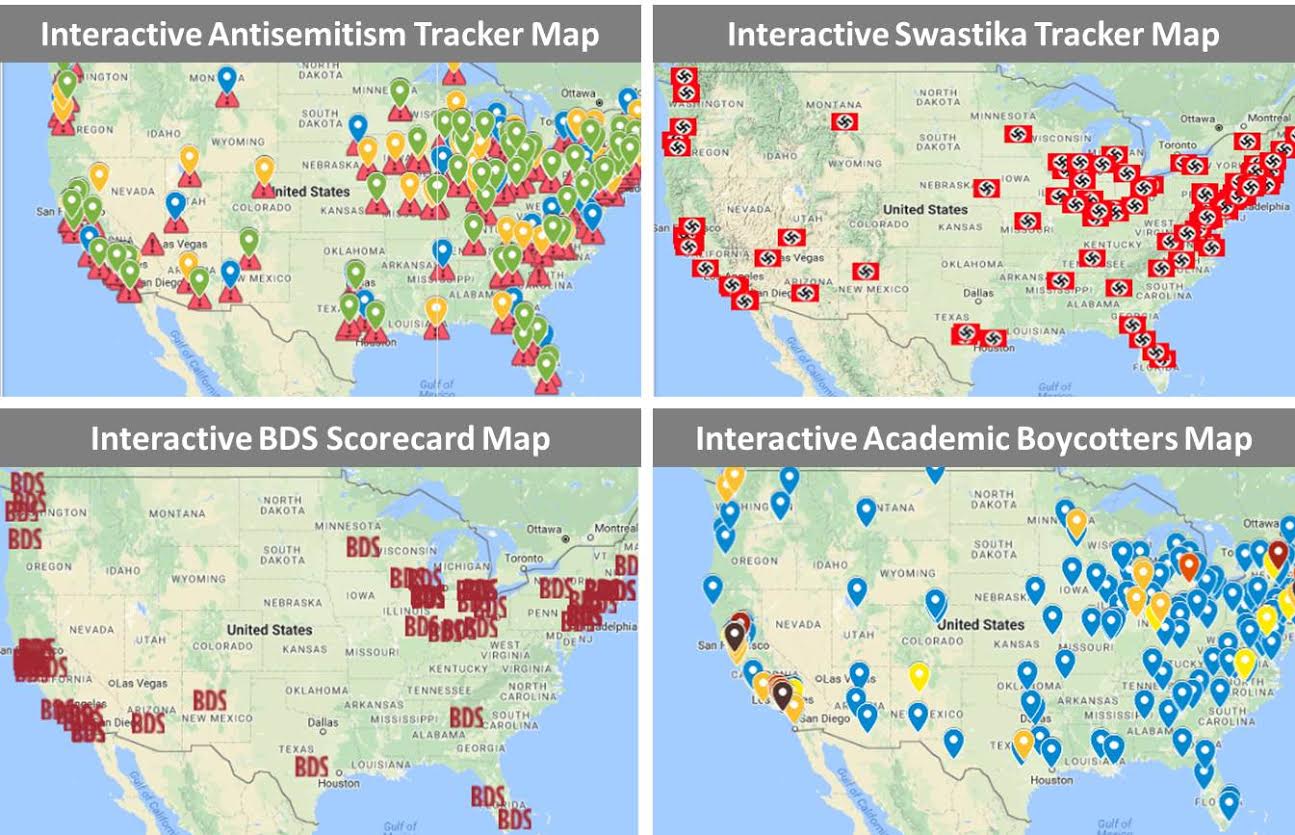 “The anti-Semitism plaguing our nation’s colleges and universities continues to grow,” stated Tammi Rossman-Benjamin, AMCHA Initiative founder and director. “One of AMCHA’s main goals, one we take very seriously, is documenting and exposing the threat. We hope these new education and research tools will prove helpful to advocacy organizations, government officials, university administrators, researchers and concerned parents, students and university stakeholders.”

The four maps include:

“Campus anti-Semitism has two main sources — the neo-Nazi, white supremacist, more classical form of Jew-hatred and the newer form of anti-Zionism. Research continues to show that the latter, while less understood, is strongly correlated to the rise in anti-Jewish hostility on campus," stated Rossman-Benjamin. "In 2015 and 2016, acts of anti-Jewish hostility were nearly three times as likely to occur on campuses where BDS was present and four times more likely to occur on campuses with one or more faculty members who endorsed an academic boycott of Israel, i.e., a boycott of Israeli universities and scholars. In fact, the more faculty boycotters and BDS activity, the more incidents of anti-Jewish hostility on a particular campus."

AMCHA also added a new Campus Anti-Semitism Photo Gallery section to its website and its Facebook page with images that document anti-Semitic activity in 2017. The photo gallery will serve as a clearinghouse for the myriad of images of campus incidents posted online and organizes them into a single easy-to-find location. Through the webpage, students will also be able to submit photos of the anti-Semitism they witness in real time.

“It’s one thing to read about anti-Semitic incidents; it’s quite another to see it. As they say, a picture is worth a thousand words,” stated Rossman-Benjamin. “We hope these new social media tools will help give people a better understanding of what is going on. In addition, these days every student has ready access to a camera on their phone. They will now have the opportunity to take a more active role in documenting and exposing the anti-Semitism they witness regularly.”

AMCHA monitors more than 400 college campuses across the U.S. for anti-Semitic activity and incidents.

AMCHA Initiative is a non-partisan, non-profit organization dedicated to combating anti-Semitism at colleges and universities in the United States.