In light of escalating intolerance affecting Jewish students and other students as well, now more than ever each UC campus should implement the Regents’ Principles Against Intolerance to ensure the safety and well being of all members of the campus community. If you haven’t done so yet, please SIGN & SHARE this important petition asking all UC Chancellors to fully implement the Regents’ Principles Against Intolerance. The petition is OPEN FOR ALL to sign, whether a UC stakeholder or not.

[maxbutton id=”28″]
Please circulate the petition widely to your friends and family, as well as on Facebook and other social media channels. 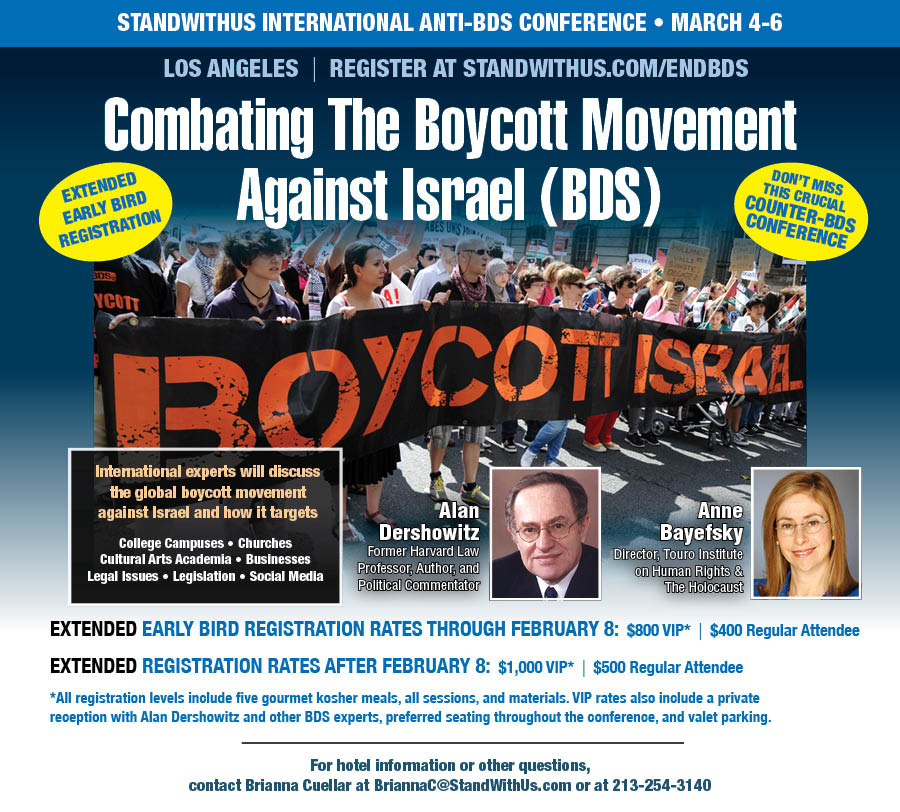 February 3, 2017 – RICE UNIVERSITY
A swastika and the word “Trump” were scrawled in chalk on a statue commemorating the founder of the University.
(TARGETING JEWISH STUDENTS AND STAFF: GENOCIDAL EXPRESSION; HISTORICAL)

February 1, 2017 – NORTHWESTERN UNIVERSITY
At a #NoMuslimBanNU demonstration on campus, two students crawled out of a second-floor window and unfurled a banner that covered other banners hanging from a campus building. The banner stated, “If you support Israeli apartheid you support a Muslim ban.” When an assistant dean inquired about the event being co-opted, he was told it had been “planned from the beginning by the students who organized the demonstration.”
(ANTISEMITIC EXPRESSION: DEMONIZATION; DELEGITIMIZATION)

February 1, 2017 – UNIVERSITY OF CALIFORNIA RIVERSIDE
The student senate discussed and voted on a bill to ban Sabra Hummus from campus. The bill passed 13-0 with one abstention. According to an attendee of the meeting, arguments made in favor of the resolution demonized and delegitimized Israel with false accusations including that “Israel was built on the ethnic cleansing and genocide of the Palestinian people, that Sabra funds the IDF, and that the sale of Sabra drives apartheid and murder.”
(ANTISEMITIC EXPRESSION: DEMONIZATION; DELEGITIMIZATION; BDS VOTE)

February 1, 2017 – UNIVERSITY OF ILLINOIS AT URBANA-CHAMPAIGN
At a campus anti-Trump rally co-sponsored by Students for Justice in Palestine along with other groups, an Israeli flag covered in bloody handprints was featured prominently behind a rally speaker.
(ANTISEMITIC EXPRESSION: DEMONIZATION)

January 31, 2017 – UNIVERSITY OF CALIFORNIA IRVINE
At a campus anti-Trump rally, a speaker called for the denial of Jewish self-determination, asking protesters to be against Zionism by stating, “I want you guys to be about anti-Islamophobia; I want you guys to be anti-Zionism; and I want you guys to be anti-Israel because Trump didn’t come up with these things on his own, he got the idea of the wall from Israel.” She then led students in a chant of “from Palestine to Mexico, all the walls have got to go.”
(ANTISEMITIC EXPRESSION: DENYING JEWS SELF-DETERMINATION)

See all entries HERE with over 1000 antisemitic incidents recorded from 2015 to present.